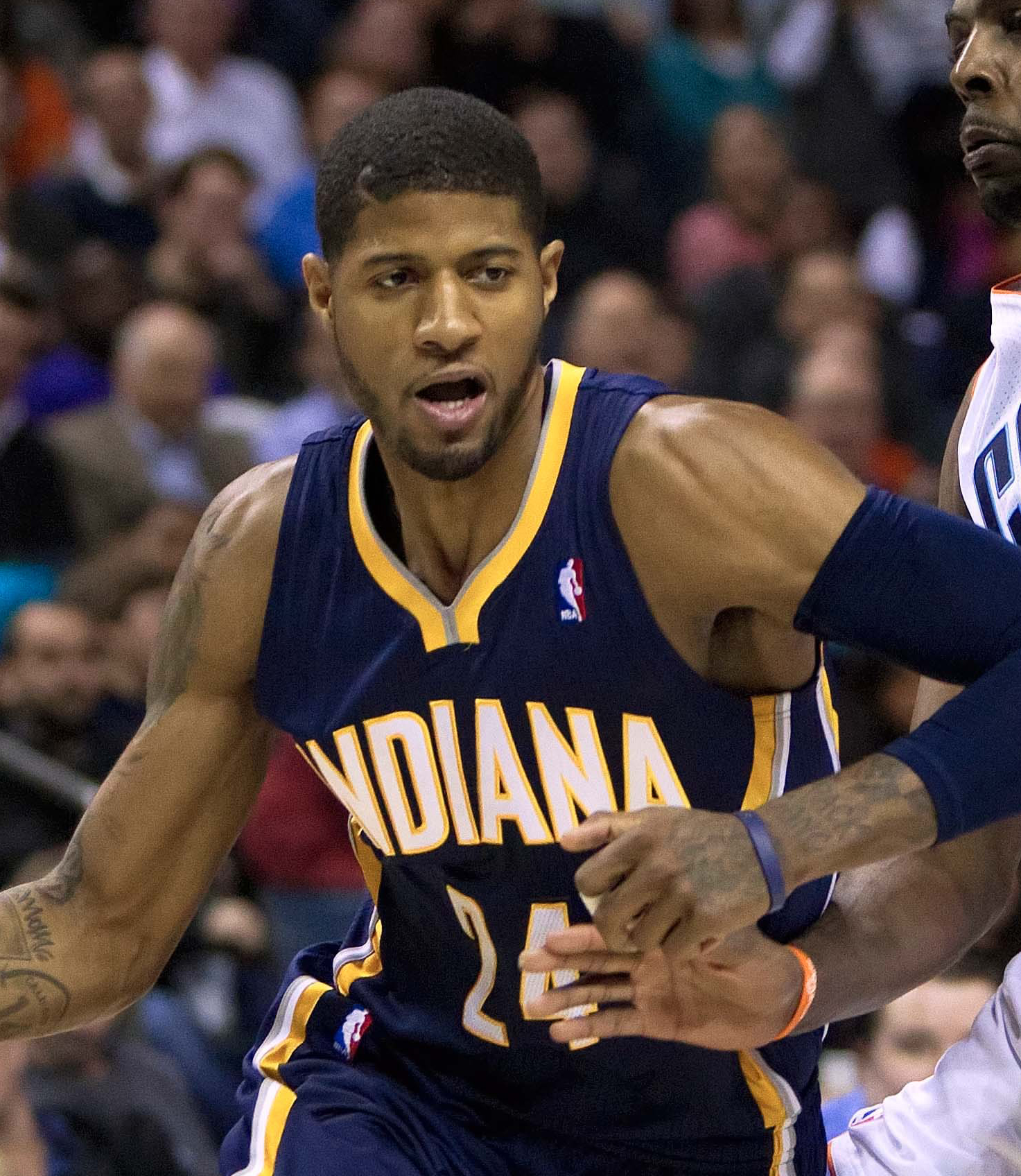 We have a 6 game slate of NBA games today!

Try VITAL a brand new credit card service coming soon that rewards you with cash back not just on your own purchases but from sharing the service with your friends and family. No Annual Fee! This new service launches sometime in 2018
Click Here To Get Early Access

Will Russell Westbrook and Carmelo Anthony play? That's the question that we need to answer as that has HUGE implications on our strategy on all 3 sites. What we know right now is that both of them participated in the morning shootaround and are listed as a game time decision. The game starts at 8pm. On DraftKings that's too late to swap if younplsy non late swap contests. If you play late swap and/or Drafters/Draft all games will be available to swap except for Toronto vs Miami.

Small Forward has the biggest gap tonight. I'm targeting Giannis Antetokounmpo, Lebron James, Paul George, Jimmy Butler and Demar Derozan in that order. Shooting Guard has the second biggest gap. I'm targeting James Harden, Paul George, Jimmy Butler and Demar DeRozan. Power Forward is actually a little weak tonight. I'm looking at Giannis and James of course. After them I would target some of the duel eligibility PF/C like Nikola Jokic and Clint Capela. For Center after Jokic, I like Karl Anthony Towns, Capela and Hassan Whiteside. Point Guard is my lowest priority after Russell Westbrook because it's pretty balanced. I like Harden, followed by Chris Paul.

Draft Strategy
For Draft, Forward is my first priority so ABC and Lebron are my top options, followed by Harden and then Westbrook. After that, I want Butler, followed by George and then Jokic followed by Karl Anthony Towns. Chris Paul is next and then DeRozen.

Draftkings Strategy
I'm going to get at least 20% exposure to Russell Westbrook tonight. It's worth the risk as he could potentially have a big game with reduced ownership. I also want 20% of James Harden and Lebron James because of their high upside. Giannis Antetokounmpo is my favorite superstar tonight. I will have at least 40% ownership. I also want 40% ownership of Paul George as "Westbrook Insurance"

I want heavy ownership to Thon Maker tonight. John Henson is out tonight and the Hawks give up a lot of fantasy points to the Center position. The Spurs are in play tonight due to injuries. I like Gasol, Murray and Bertans the most. I like Steven Adams tonight especially if Westbrook doesn't play. However, even with Westbrook, Cleveland hasn't improved front court defense so he's in a good spot tonight. Finally, if you're playing GPP look for some low owned punts. I like Cedi Osman, JJ Berea and Justin Jackson

Site Promotions & Specials.
Disclaimer - Void where prohibited by law. I may earn a commission for referring these sites to you.
Try Drafters Fantasy Sports! One of the hottest new daily fantasy sports sites around! Use our promo code DFSMASTERS15 and when you make a deposit of any amount, they will give you a 50% MATCH of that amount up to $100. Deposit $50??? Get $25 in bonus money for free! Deposit $100? Get $50 in bonus money for free!
Click Here To Sign Up Now