We have a 4 game slate of NBA action tonight on Draft. Here are the strategies, contests and players that I am targeting on this slate. 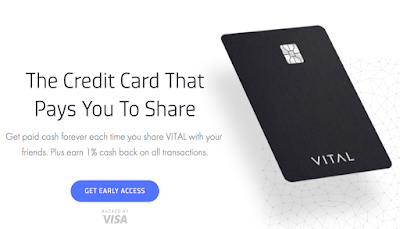 Try VITAL a brand new credit card service coming soon that rewards you with cash back not just on your own purchases but from sharing the service with your friends and family. No Annual Fee! This new service launches sometime in 2018
Click Here To Get Early Access

Happy New Year! It's a brand new year 2018 and there's no better time than now to get the new year off on the right start by making money playing daily fantasy basketball! Draft is one of the most profitable places that I have found to make money! Tonight, Draft is offering contests in the areas of head to head contests, 3 person contests, 5 person contests, 6 person contests, dream team contests and tournaments.

I would avoid head to head and dream team tonight unless you are dealing with a massive budget and you have enough to max enter all the tournaments and get an equal amount of non tournament action. Let's take a look at the injury report:

Like my article? Feel free to leave me a tip!
Click here to leave me a tip!
Tips can be as small as $1.00!
I would avoid Lillard in anything larger than 3 person contests completely. He's a game time decision, which means we are probably not going to know his status until 7:45pm. As a result, you're only going to be able to replace him with guards from the 2 later games. In Head to Heads if you are playing those and in 3 person contests, he's fine. However, just pay attention to who the other teams are drafting and make sure CJ McCollum isn't getting drafted in these contests. Otherwise if you see McCollum is going, stop drafting Lillard.

Center is by far the weakest position tonight. Karl-Anthony Towns is the undisputed number one pick for me tonight because of how weak Center is. If you can't get Towns, you want to try and get Nurkic. I wouldn't draft him before anybody in the higher tiers. However, if you're down to the tier he's in and you need a center, take him over anybody else in his tier. If you cannot get Towns or Nurkic don't bother drafting a Center into the 5th round.

Guard is loaded tonight. So if there are centers or forwards in the tier you're currently drafting from, take a center or forward first. If the only players left in that tier are guards, then I would take a guard. I wouldn't reach for a center or forward in a lower tier if there are guards in the higher tiers still available. With that said, if I already have a center or forward, I may take the highest guard available regardless of tier so that I can have a more balanced team. I also try to avoid players on the same team if possible. However, I'm not going to take a lower tier player over a higher tier player in order to do that.

Tier 1
Tier 2
Tier 3
Tier 4
Tier 5
Try out DRAFT risk free! Deposit a minimum of $10 and get a free $3 entry! You will also be qualified for special DFSMasters promotions that we do in the future. If we get 50 signups between now and the end of the month we will host a $150 Freeroll Tournament
Click Here To Sign Up Now