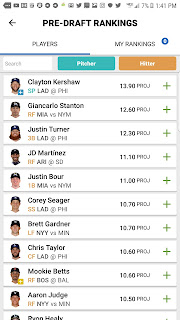 Playing DRAFT today in MLB? Some thoughts on DRAFT strategy:

1) Clayton Kershaw is far and away the best pitching option and should be your number one pick if you have the first pick in the DRAFT.

2) If you are playing Head to Head and Kershaw isn't available take hitters with your 1st and 2nd pick. The A's, Yankees, Tigers, Orioles, Dodgers and Marlins are all in great spots. Get the best hitters on those teams with the best split adjusted matchup.

4) Pay attention to the pre rank that DRAFT has. If a guy you like is ranked low wait on that guy. Lots of good hitting spots tonight so not the end of the world if you don't get your guy. However if you can get a guy you like who is pre ranked higher AND still get your guy even better!

5) Pay attention to who your opponent(s) are drafting. If they took both their pitchers there's no reason for you to take a pitcher until the end.

Sign up now by going to http://www.playdraft.com/DFSMASTERS and enter the promo code DFSMASTERS. When you make a deposit of $10 or more with that promo code you get a free $3 ticket for DRAFT and you get entered into a DFSMASTERS drawing where you can win cash and prizes!

Plus you are eligible for the HUGE event that we are announcing on Friday!

If you are already on DRAFT I recommend you play as many games as possible! You are going to need all the practice you can get for what we are about to announce on Friday!
Posted by Unknown at 12:00 PM No comments: 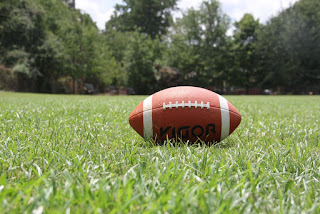 It's been a while since I wrote a post here. I've been pretty busy between working my two jobs and launching my brand new fantasy sports and sports wagering site.

If you are interested in reading my articles on my new site you can read Roosevelt Cooper Daily Fantasy Sports articles here.

I'm a seasonal employee at my full time job and my season is scheduled to come to an end on September 30th. Then I will only be working part time for the next 1-3 months. This will give me time to work out a schedule for posting on this site.

In the meanwhile, one thing that I will commit to do is share my results playing season long fantasy football. Let's see how I did in week 1!