The Power Of Las Vegas Odds For Fantasy Basketball 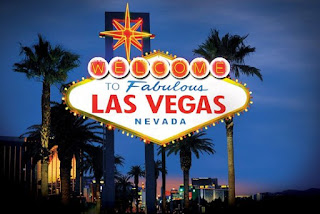 Week 6 has come and gone. Last week, I closed the week out with a very tiny profit. What about this week?

Here are my results for week 6:

Today I want to talk about the power of Las Vegas Odds for fantasy basketball.

Las Vegas has an entire city that is funded and supported by the gambling industry. Their ability to get equal action on the betting of sports contests is essential to being able to run a profitable business. If they fail to get equal action and the side that is getting the most action wins, Las Vegas goes bankrupt.

This is why it is so important for them to make sure that the odds that they set for sports contest are accurate.

As a fantasy basketball player you are doing yourself a HUGE disservice if you are creating lineups and you are not looking at the Las Vegas odds. They are such a powerful tool at predicting fantasy performance.

There are plenty of websites that you can check out to look at the Las Vegas odds. I like http://scoresandodds.com/ for basketball, baseball, football and golf. For mixed martial arts, I like to look at https://www.bestfightodds.com/. While this article is going to be about basketball, looking at the Las Vegas odds is something you should be doing regardless of what fantasy sport you are playing because the concept and the reasons for doing so are the same across all sports.

One of the first things you want to look at is the OVER/UNDER. The over/under in basketball is the total number of points that Las Vegas predicts that both teams will score in a basketball game. Scoring is important in fantasy basketball because your player that you draft gets 1 fantasy point for every real life point he scores and 2 fantasy points for every assist that he gets. Therefore the higher the over/under the better the chances are of the players that you select scoring fantasy points.

The second thing  you want to look at is the SPREAD. The spread is the total amount of points that Las Vegas predicts that the winning team is going to win by. Why is this important? In a game that ends in a blowout, where one team wins by a large margin, both teams typically take out their best players and let their bench players play more minutes.

All things being equal, the team that is favorite to win is most likely to have players who score the most fantasy points.

As you pick the players for your lineups, you want to factor all three of these elements into play.

The ideal environment for fantasy points scoring is a game that has a HIGH over/under with a LOW spread. This means that Las Vegas expects this to be a high scoring close game. You can target players on BOTH teams in a game like this. Some players in their tournament teams will do what is known as STACKING, where they will build an entire team based mostly on players playing in this high scoring close game.

If you are targeting a game that is expected to be a blowout, then you want to target the players from the team that is favorite to win. For your tournament teams, you can also take a chance on some bench players from BOTH teams in this scenario as there is a chance that those players can get some extended playing time and exceed the value of their fantasy salary.

Make sure you are using Vegas odds when building your fantasy teams. If you aren't, please make sure you challenge me on DraftKings and send me all your head to head games. You will absolutely lose to me if you are not looking at this!