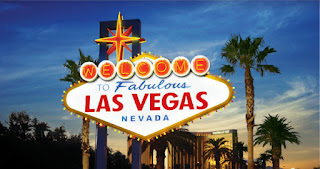 In our last blog post, Analyzing A Successful Week 1 DraftKings Fantasy Football Lineup we analyzed a successful winning fantasy football lineup for you. We showed you how the lineup was built and why certain players were selected. The biggest feedback that we received from you the readers was that our tip on using the Las Vegas odds was the most helpful to you. Several of you shared that you started looking at the odds and factoring them into your lineup selection and this has resulted in you winning more games.

That excites us because that’s what this blog is all about! We recognize that not everyone wants to play fantasy sports full time and many of you play strictly for fun. However, in any activity, the better you are at it the more fun it is. If we can help you get better at fantasy sports and that makes the game more fun for you, we have done our job.

So with that, today we are going to delve more into the Las Vegas odds and how you can use them to draft better teams for fantasy football!

Imagine if you had the ability to hire a team of professional researchers for your fantasy football lineups. This team would research every game on the schedule and consider every factor of the game including player performance, injuries, weather and more. This team has to be very accurate otherwise they would go out of business. Best of all someone else pays the team for you. Would you take that deal?

Of course you would if you were smart! This deal is truly a no brainer. The reality is such a team DOES exist! However most fantasy football players NEVER use them and if you start to use them you will dramatically increase your results.

It exists in the form of the Las Vegas Odds that are published by casinos and gambling institutions every week!

#1) To determine which team is the favorite and which team is the underdogs. The favorite team is most likely to win. That means they are most likely to score more points. Therefore, the players on that team can be good candidates to target for fantasy points. However, there are times where targeting the LOSING team’s players makes sense also. I’ll get into that a little bit later.

#2) To identify the total amount of points expected to be scored in the game. This is also important for fantasy purposes. Games that have a high over/under are games that Vegas expects will be high scoring games. High scoring means more opportunities for the players in that game to score fantasy points. The opposite is true for low scoring games (although those may be games where targeting the defense makes sense.)

#3) Injuries/weather concerns. Weather concerns are important because high wind, rain and snow can have a significant impact on the game. Injuries are also important to be aware of. You want to make sure you don’t draft players who may end up not playing. However you also may want to target the replacements of those injured players as they are likely to score more points than their salary suggests they will.

There are several pieces of important information that you will find very helpful here. In the black text you have the names of the football teams playing. So here we have the Ravens playing the Steelers, two divisional rivals. The column labeled “open” lists what the odds were when they began accepting bets on the game.

The most important numbers are the first number next to the Ravens (-2) and the first number next to the Steelers (45.5). The -2 represents the point spread. This means that the Ravens are favorited to win this game by at least 2 points. The 45.5 represents the over/under. This means that the two teams in this game are expected to score a total of 45.5 points.

The third column labeled “current” is also very helpful. They have the same meanings as the “open” column, only these are the numbers that the casinos are currently accepting bets at now. This is helpful because differences between open and current reflect current betting trends. So currently the Ravens point spread has increased by a half point so that means people are liking the Ravens to win this game a little more than the casinos expected. The open under has dropped as well, so that means they expect this game to be lower scoring than before.

The bottom line also has some very important information. Notable injuries are listed here as well as weather concerns. Here we see that the Pittsburgh Quarterback Ben Roethlisberger is OUT for this game.

That’s how you read the Vegas odds.

How To Make Decisions On Who To Use Based On Vegas Odds
So now that you know how to read them, how does this information help me determine which fantasy football players to target?

Using the above game as an example, there are several things that stand out to me.
The first thing that stands out to me is that this is going to be a close game. A 2 to 2.5 point favorite means that Vegas expects this game to come down to a field goal. From a fantasy standpoint, I could feel free to target players from ANY of these teams because the game is expected to be close.

However, the over/under isn’t necessarily ideal. With 45.5 to 43.5 this is going to be an average to low scoring game. That’s not good from an offensive standpoint. However, it may make sense to target one of the defenses since the game is expected to be a low scoring game.

However, the most important thing that stands out to me is the Steelers starting quarterback Ben Roethlisberger being out. This is SIGNIFICANT news for fantasy football purposes. Here are some of the key points that this injury news communicates to me:
There are other things that the odds tell you too. If a team is heavily favorited to win (i.e 7 points favorite) those are teams whose offensive players you may want to target. However, keep in mind that if you are playing in tournaments, other people are likely going to target those players too so you might NOT want to target them for your tournament teams, especially if you can find players elsewhere with similar potential. This is because if for some reason these players underperform and other players not as highly targeted perform better, you now have a SIGNIFICANT EDGE over the competition.

One on One games though and games where half the field wins, I would target those players ALL DAY LONG!!!

A heavily favorite team with a low scoring game might mean that you may want to target the defense. ESPECIALLY if this is a defense that is a strong defense. I like to do a search for NFL teams by Defensive Hurries. Those are teams that are putting pressure on the Quarterback and when you can apply pressure to the Quarterback, you have the potential for SACKS, INTERCEPTIONS and even better PICK 6 TOUCHDOWNS all great things for a defense.

This is why it is important to check the Las Vegas line. The type of information that you can receive from it is INVALUABLE to your fantasy football research. Approximately 95% of the highest volume fantasy football players have indicated that they USE Vegas odds as part of their weekly research. If most of the best players use it, doesn’t it make sense that you should be using it too!