Why I Suck At Daily Fantasy Sports? 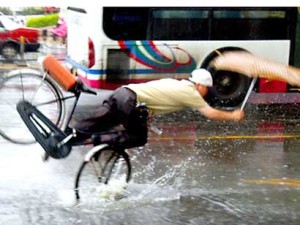 This picture is a perfect illustration of my career in daily fantasy sports so far!

Back in September, I decided that I wanted to take on the challenge of becoming a professional fantasy sports player. I love sports! Always have ever since I was a kid. I’ve played season long fantasy sports for well over 10 years since being introduced to it back in my college days.

As a result, I suck!

Why Do I Suck At Daily Fantasy Sports?

One of the challenges that I am currently adjusting to is the dynamic involved in building a team for daily fantasy sports. In a traditional season long team, every player participates in a draft. You pick the best players first early in the draft and the less desirable players later on in the draft. A big key at being successful is maximizing value in your draft. You want to take your best players and most sure things early. You want to take some chances later on in the latter rounds of the draft and hope you find players that exceed what their expected value was.

However, daily fantasy sports is much different. While there are some matchups where you can employ a draft system similar to season long fantasy, the VAST majority of the matchups that you will play in utilizes a salary cap system. You are provided with a specific amount of money to spend on players. Each player is assessed a dollar amount of value.

This new dynamic creates a number of different challenges and possibilities that simply do not exist in season long fantasy football.

For instance, yesterday on Thanksgiving Day, I played in 5 matchups. One of my matchups was a one on one matchup. The entry fee was $2.20 to play in this matchup and whoever won received a $4 cash prize. This matchup included only the games played on Thanksgiving Day so every player that I picked had to be playing in one of the games on Thursday.

My opponent and I had to draft a team of 10 players. We picked 2 Quarterbacks, 2 Running Backs, 2 Wide Receivers, 1 Tight End, 2 Flex Positions (they can be running backs, wide receivers, tight ends) and 1 team defense.

One of the challenges with a head to head salary cap game with only 6 teams playing is both you and your opponent are building a team from a very limited subset of players. Because you build your team with a salary cap and not by drafting players, it is absolutely possible for you to pick the same players.

That means the final score of the matchup turned out to be a battle between the FOUR players that we had that differed from each other. My best player from our non-shared players was Brandon Marshall who scored 10 points in a losing effort for the Bears. His best player was Calvin Johnson who scored 37.6 points in a winning effort by the Lions.

Johnson’s numbers were more than ALL four of my non-shared players COMBINED. As a result he won the matchup and the money!

That type of dynamic doesn’t exist at all in season long fantasy sports. However, it is a very real dynamic in the daily leagues and one that you have to account for. Even if you pick the best players it does you no good if your opponent picks the same players.

There are a number of similar situations like this that I am still learning and adjusting to. This is why I suck so far at daily fantasy sports. However, the good news is I have a plan on how I plan on getting better. I will share with you that plan in my blog post tomorrow!
Posted by Unknown at 6:41 PM